Head To The Beach For Some Winter Watersports! 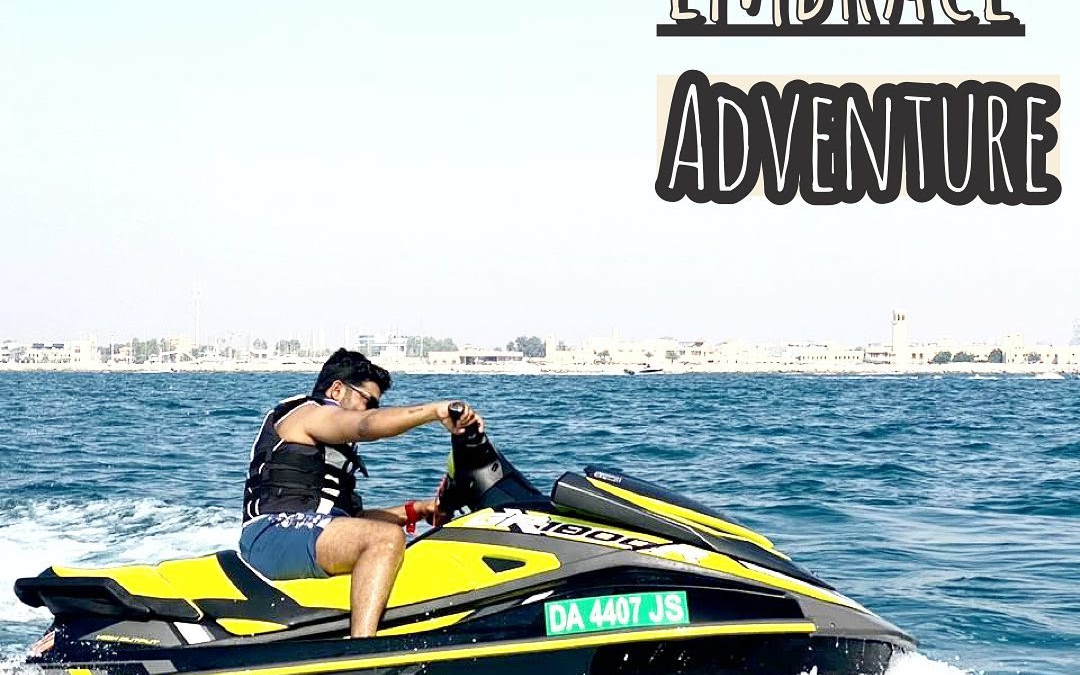 While on the one hand water holds a calming ability, on the other it holds an exciting element as well. Adventurous water sports are becoming the go-to activity for people seeking that extra bit of thrill without investing a serious amount of time, effort and money. Whether you want to spend a peaceful afternoon on a Stand-Up paddleboard, flip in the air while flyboarding, zip across the water on a jet ski, crash into the wave wakeboarding or dive into the sea on a scuba diving mission, the choices are endless. But when it comes to extreme water sports, flyboarding and jet skiing are on a level all their own. 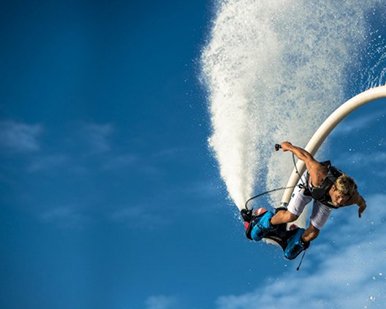 Many years ago, a little French boy, Franky Zapata, dreamed of flying high in the sky, not in an airplane mind you, but in a literal sense. Maybe he would have been satisfied flying a plane or helicopter, but since he was colorblind, that option was taken away from him as well. At this moment, he realized that the closest he could come to attaining this feeling would be zipping across the ocean on a high-powered jet ski at an incredibly high speed. True to form, this passion further led him to become a jet-ski world champion.

Although Zapata was proud of his success, he never truly let go of his dream of flying. It’s this combination of zeal and commitment which led him in 2012 to invent the flyboard, a bolt-on device that is attached to personal watercraft. More specifically, this unique device involves a jet board strapped to your feet with a hose connecting it to a watercraft. Its design forces the PWC to follow the rider’s trail enabling the rider multiple degrees of freedom, including the ability to go underwater if they desire as much. The pressurized streams of water travel from there to your flyboard propelling you through water and air straight towards the sky. You can reach new heights in a jiffy, especially speaking up to 49 feet high. If by any chance you prefer falling to soaring, diving almost 8 feet down beneath the water’s surface.

Beginners can leave all worries behind for they will have qualified instructors watching their backs including monitoring progress, adjusting the power your gear receives and ensuring your safety is at maximum while your excitement is way beyond that. While all this can be accomplished by a flyboard, Zapata clearly still had more up his sleeve and this innovation brought forth the Flyboard Air in 2016. This flight surfboard is powered by four micro-turbines equipped with stabilizers to provide pilots to fly higher and longer. Unlike its predecessor, the Flyboard Air offers full control to the rider. There’s a handheld lever which is built for increasing thrust and maintaining elevation and allows for the ability to twist to turn, but most of the ride comes down to the use of balance, very much like a segway, except it’s in the air.

If properly trained, within a half-hour lesson you can go from zipping across the water to soaring through the sky, from diving deep down to spinning around and around. While you will be prone to utilize all your time in the air, be sure to take short breaks in between. Rest in the water for a while as your equipment is buoyant and will help you stay afloat. Make sure you have your floatation device on and your helmet strapped tight so you can avoid any unforeseen incidents and also any water damage to the ears.

For those who have tried parasailing, they may argue that it offers a similar experience to flyboarding but in actuality, it’s not the case at all. First and foremost, while the highest you can go on a flyboard is 70 feet, parasailing can take you as high as 800 feet so for those afraid of heights, this one may not be at the top of the list. Another difference is that beginners in parasailing can gear up with an instructor the first time around or can be strapped on to their better half or best pal while flyboarding will be a solo adventure from the word go. Add to that the fact that flyboarding allows you to fly above and below water. With parasailing, you never actually touch the water. 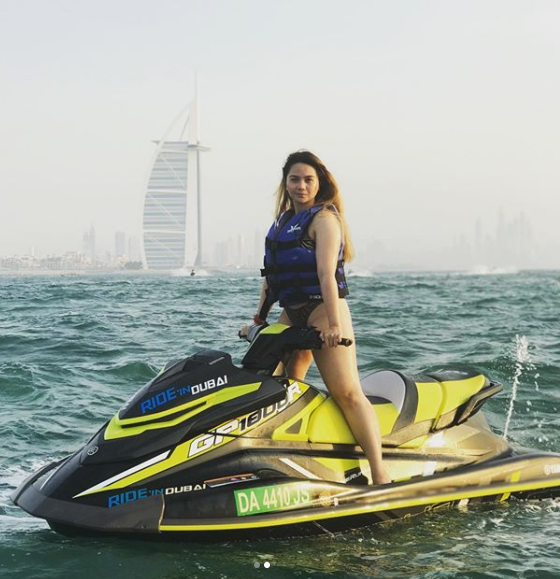 Whether you call them water scooters, personal watercrafts (PWCs) jet skis, boatercycles, the word jet skiing has become synonymous with extreme water sports, and one of the most popular ones at that. First invented in 1973 by American Clayton Jacobson II, this high-speed personal watercraft took the water world by storm.

Over the next decade jet skis saw their features being optimized including the ability for the rider to sit instead of stand thereby increasing pilot stability. These motorbikes that can ride on water move along by squirting a high-powered jet of water behind them. Let’s get into a bit more specifics. Water is sucked through an intake grate on the bottom of the craft and power is provided with a gasoline engine. The engine also powers the water pump while the impeller (propeller inside a pipe which sucks water in at one end and out the other) ensures that the engine doesn’t overheat. The best part about riding a jet ski is that you can control how fast or how slow you go, from cruising at 40mph to crusading at over 70mph.

And while you think it’s all fun and games zipping across the water on a motorized vehicle, riders are surprised to learn what a great cardiovascular workout it can be. From improving endurance to strengthening muscles and even learning to maintain balance, burning calories may never get any easier than this.

So we’ve provided you with the history of when jet skiing came into the picture and the knowledge of how this extreme watersport goes about its business. Now let’s take this a step further by offering you a comparison with another extreme watersport and let you decide which one is up to your alley. Invented almost 30 years ago by a surfer named Tony Finn who was probably looking to find an alternate mode of activity, wakeboarding was first named the Skurfer since it resembled a cross between surfing and water skiing. How it differs from jet skiing is that this particular sport involves the riders to stand one short, thick wakeboard and continue to maintain their balance as they ride the wake caused by the speed of a motorboat. So where on a jet ski you are the one controlling speed and direction, on a wakeboard you are left at the mercy of the driver to steer you in the right direction. Whether you hold on with one hand or two, that’s up to you.

While Dubai may already be very well known as a popular destination for desert activities, it is also causing a stir with its offerings of extreme water sports like flyboarding and jet skiing. So when you get your adrenaline itch next, let the qualified and enthusiastic instructors at Ride in Dubai assist you in learning to flyboard or jet ski within a safe and fun environment. 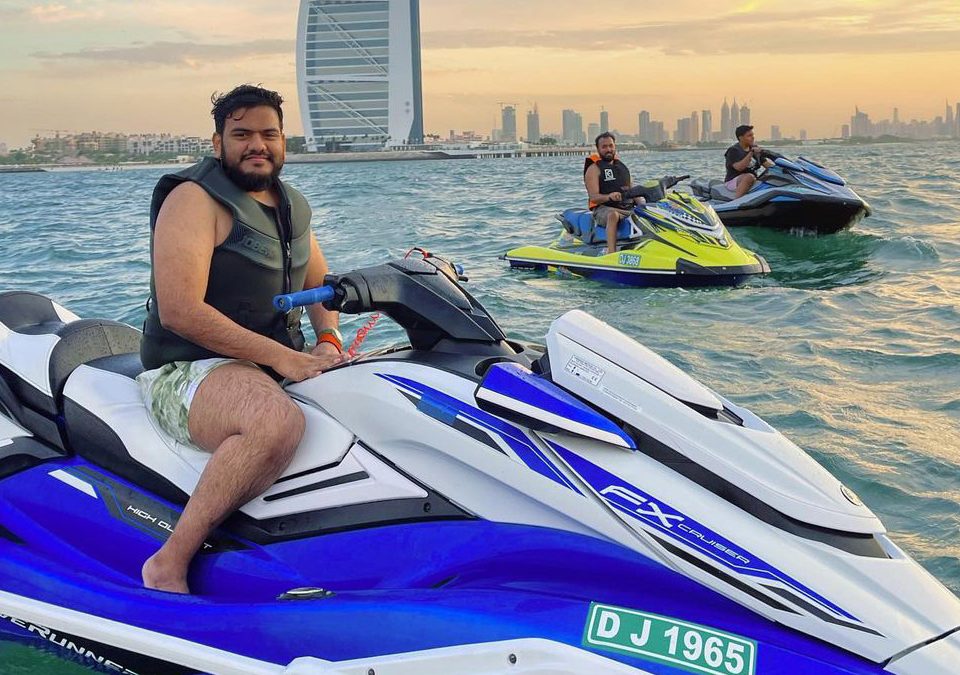 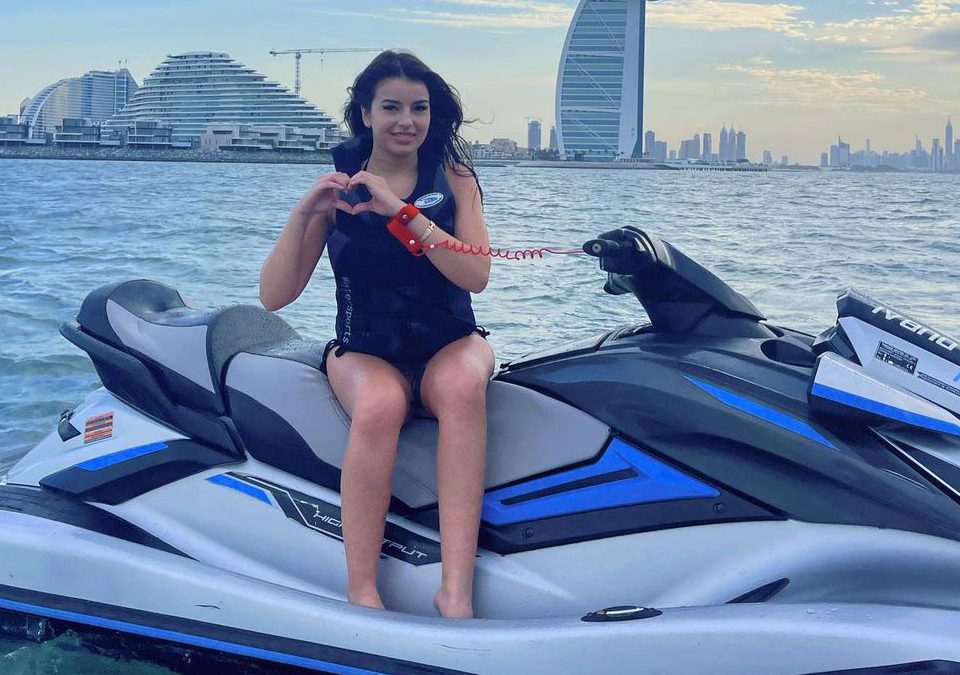 The Dos And Don’ts of Jet Skiing 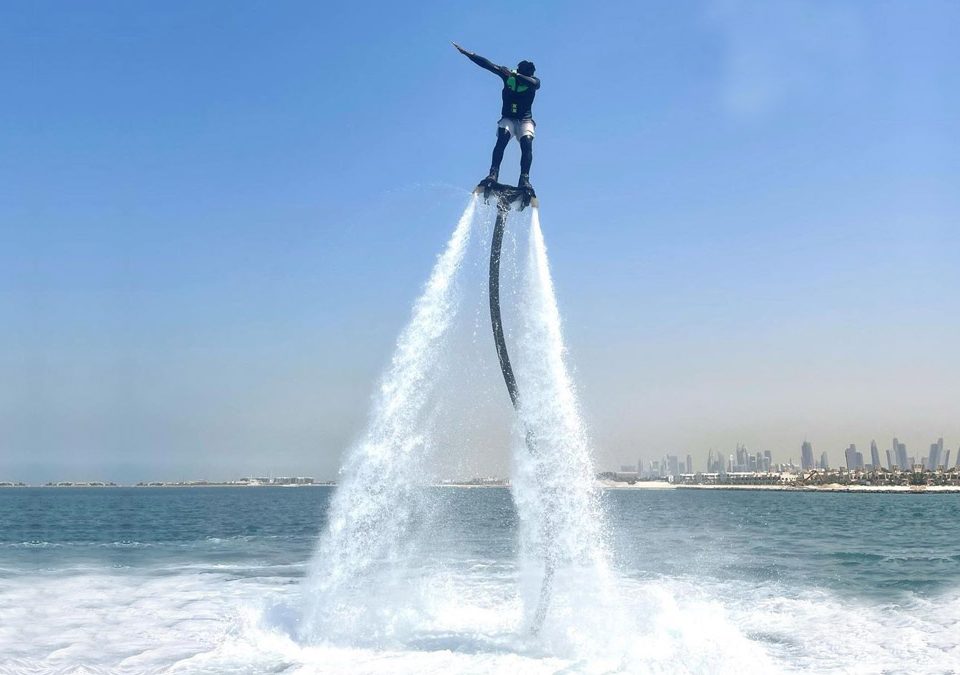